A privately held biotechnology company at an early stage of clinical development was interested in designing a study using biomarkers to indicate treatment efficacy in subjects with stage 2/3 fibrosis with Non–alcoholic steatohepatitis (NASH). NASH is a liver condition characterised by inflammation and fat accumulation and is usually accompanied by fibrosis (Figure 1). Five biomarkers are believed to be involved in the disease process – ELF, PRO-C3, GAL-3, aPAI and YKL-40. The Sponsor wanted an early assessment of the potential efficacy of their treatment within a Phase I/IIa safety and pharmacokinetic (PK) study. As part of this process, they wished to consider the following questions: 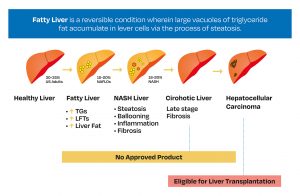 To support the assessment, Exploristics carried out literature searches to collate information on each biomarker e.g. expected response of ELF in the untreated target population and expected level of variability. KerusCloud was then used to develop and implement a study simulation framework. Distributions were defined using parameters determined from the literature review e.g. mean change from baseline response in placebo distribution vs treatment distribution. ‘What if’ scenarios were used to anticipate issues such as variability that was larger than expected or treatment effect that was smaller than expected.

Simulations were carried out using KerusCloud to evaluate multiple scenarios. An example set of heatmaps indicating the effect of different treatment allocation ratios across the five different biomarkers is shown in Figure 2. This simulation included two dose levels and placebo with analyses corresponding to the effect of top dose vs placebo, low dose vs placebo and the effect of the single factor of treatment in an analysis of covariance. Red indicates low Probability of Success (PoS), green a PoS > 80%. 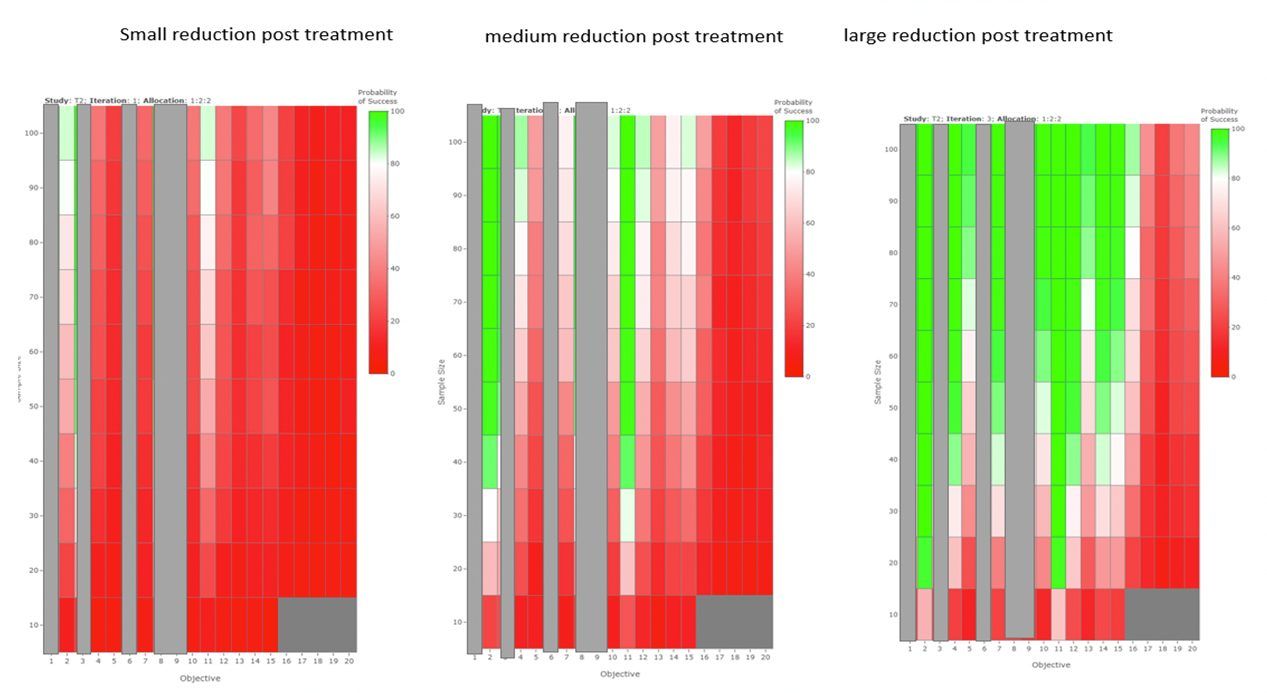 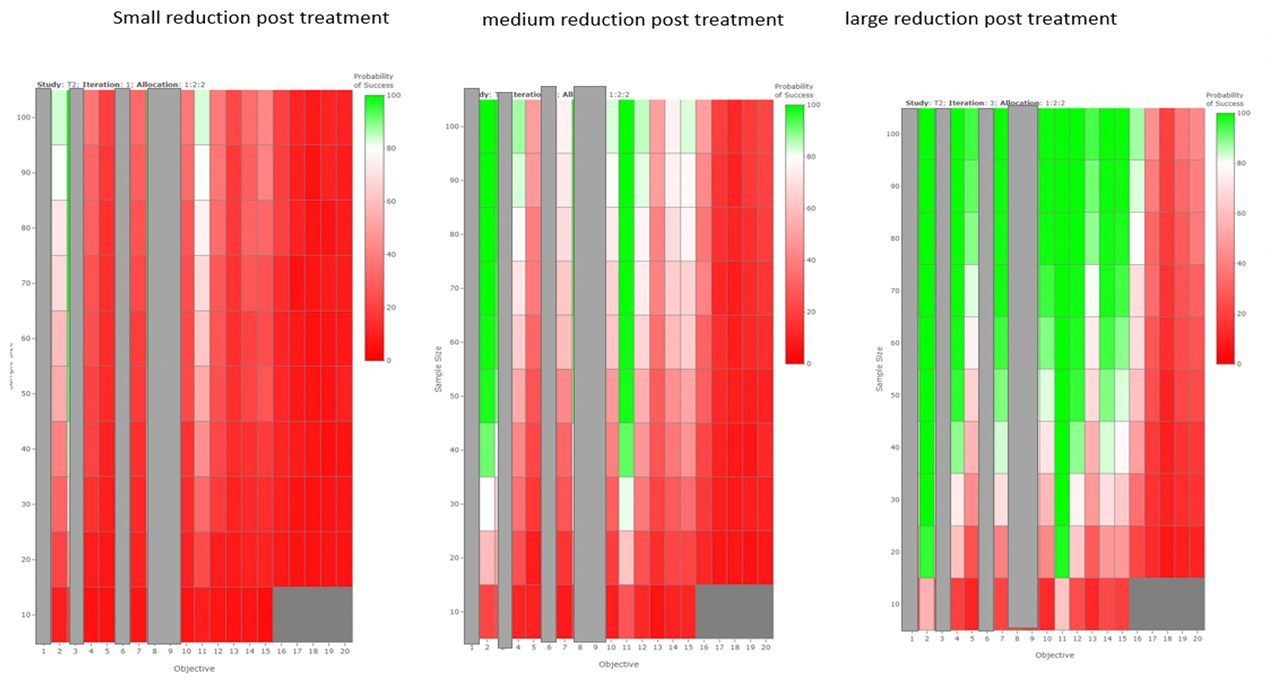 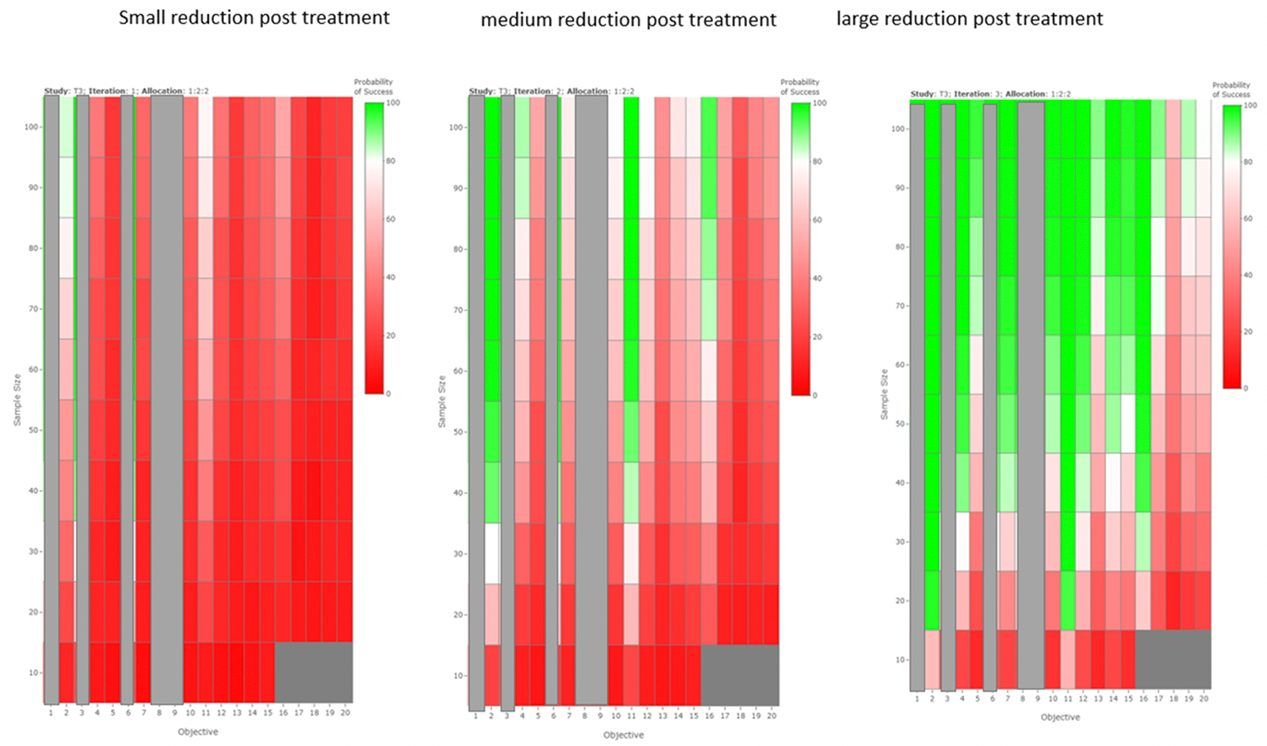 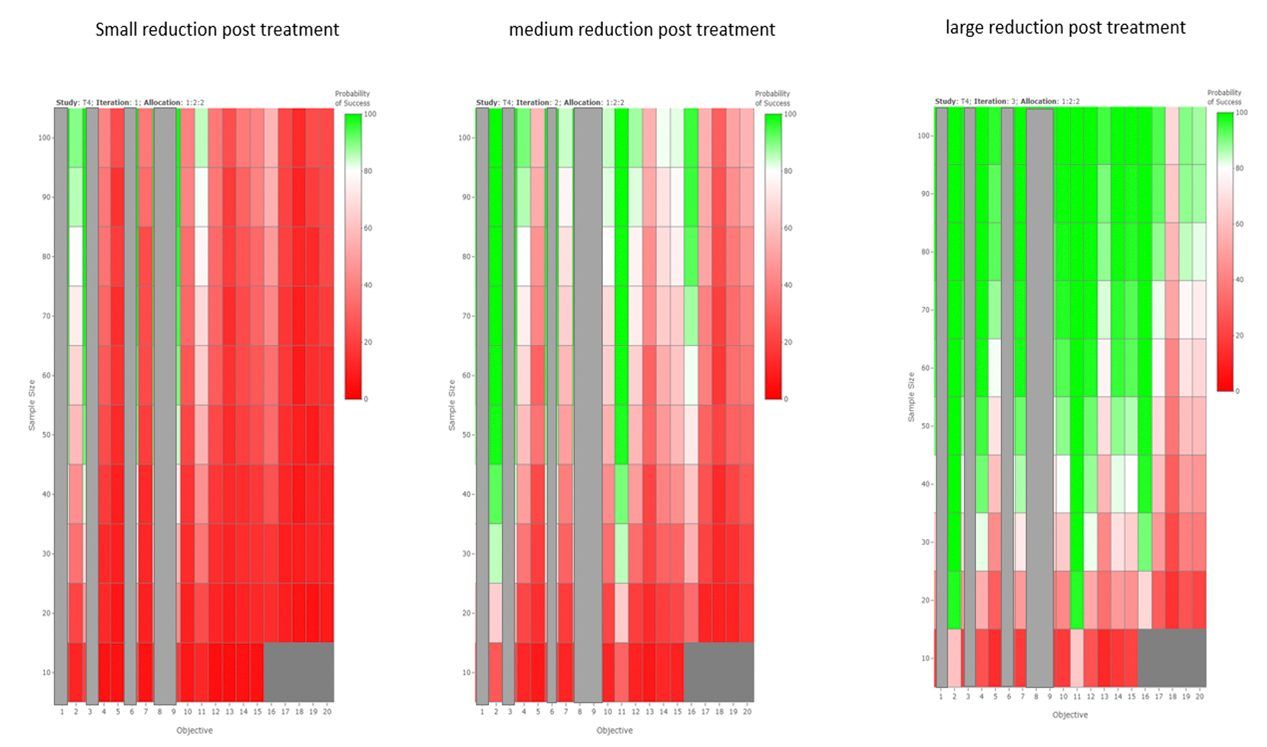 With KerusCloud simulation it was possible to determine that:

KerusCloud demonstrated that the inclusion of a panel of biomarkers as secondary endpoints in an early-phase trial with safety and PK as primary endpoints provided a realistic chance of observing a clinically-relevant treatment effect.

This website uses cookies to improve your experience while you navigate through the website. Out of these cookies, the cookies that are categorized as necessary are stored on your browser as they are essential for the working of basic functionalities of the website. We also use third-party cookies that help us analyze and understand how you use this website. These cookies will be stored in your browser only with your consent. You also have the option to opt-out of these cookies. But opting out of some of these cookies may have an effect on your browsing experience.
Necessary Always Enabled
Necessary cookies are absolutely essential for the website to function properly. This category only includes cookies that ensures basic functionalities and security features of the website. These cookies do not store any personal information.
Non-necessary
Any cookies that may not be particularly necessary for the website to function and is used specifically to collect user personal data via analytics, ads, other embedded contents are termed as non-necessary cookies. It is mandatory to procure user consent prior to running these cookies on your website.
SAVE & ACCEPT