Idiopathic Pulmonary Fibrosis (IPF) is a debilitating condition in which breathing becomes increasingly difficult due to chronic lung scarring (Figure1). A privately held biotechnology company focused on the development of novel treatments for fibrosis and cancer sought orphan drug designation from both the EMA (European Medicines Agency) and FDA (U.S. Food and Drug Administration) for a new investigative agent as a candidate IPF treatment. 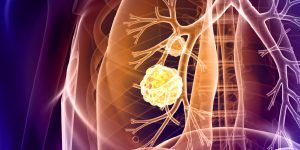 To show that IPF met both the EMA and FDA definitions of an orphan disease and that therefore the investigative agent was a candidate orphan drug, an extensive systematic literature review was carried out to identify publications containing IPF prevalence data which were used to create separate US and EU datasets. For each regulatory jurisdiction, a dataset was generated containing the prevalence rate, number of IPF cases, total population-years, and subgroup details (age category, gender, calendar year) per publication. These datasets were then used to examine the:

For the US data, the analysis determined that the

“The Company was “very pleased” to receive orphan drug designation (ODD) in both the US and EU. The EMA cited clinically relevant biomarker data as a justification for the ODD designation. The data presented provided evidence of a “clinically relevant advantage” over existing treatments, offering the potential to “address a significant unmet medical need.” Biotech CEO

This website uses cookies to improve your experience while you navigate through the website. Out of these cookies, the cookies that are categorized as necessary are stored on your browser as they are essential for the working of basic functionalities of the website. We also use third-party cookies that help us analyze and understand how you use this website. These cookies will be stored in your browser only with your consent. You also have the option to opt-out of these cookies. But opting out of some of these cookies may have an effect on your browsing experience.
Necessary Always Enabled
Necessary cookies are absolutely essential for the website to function properly. This category only includes cookies that ensures basic functionalities and security features of the website. These cookies do not store any personal information.
Non-necessary
Any cookies that may not be particularly necessary for the website to function and is used specifically to collect user personal data via analytics, ads, other embedded contents are termed as non-necessary cookies. It is mandatory to procure user consent prior to running these cookies on your website.
SAVE & ACCEPT